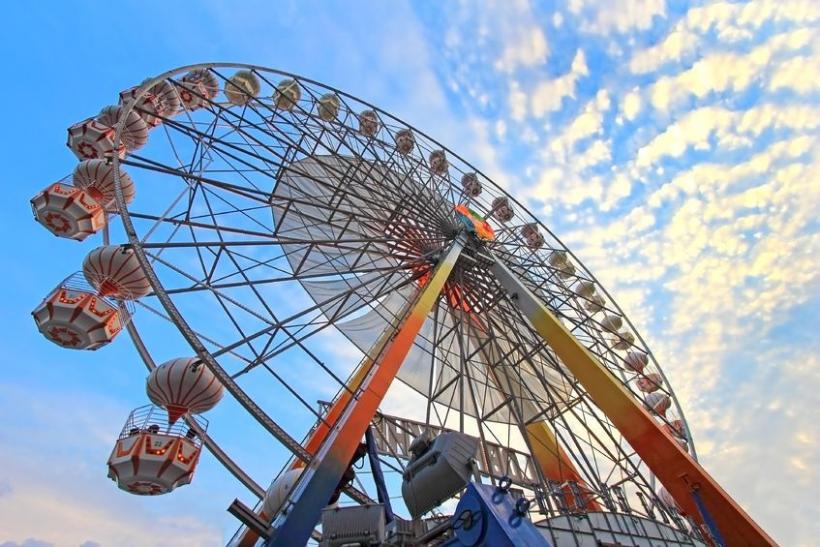 When it comes to theme parks and other man-made and natural attractions, Florida probably has more attractions than anywhere in the U.S., and possibly even the world.

And while many Canadian snowbirds visit these attractions on their own, they are of particular interest when family comes to visit and you’re looking for ways to keep the younger family members amused.

Yes, the kids can be kept busy in the pool and at the beach, but there’s so much to see and do in Florida that most families take a side trip or two to visit some of the attractions in the area.

Here’s a roundup of the top Florida attractions for snowbirds, their children and grandchildren.

Without question, Florida's number one destination attraction, Walt Disney World in Orlando is not just for kids and families.

There are also multiple entertainment venues, restaurants, bars, hotels and resorts within the complex.

While the park can be expensive, Disney sometimes offers special deals for Canadians and Florida residents, so keep an eye out.

Universal Studios in Orlando is another huge draw to the Orlando area and rivals Walt Disney World.

This expansive theme park also comprises several parks in one, including a water park, as well as a working film and TV studio.
The parks offer all kinds of rides and experiences based on favourite movies and shows. There are rides for all ages, as well as 5 Loews themed hotels, restaurants, excellent shows, live music and more.

Again, the park can be expensive but sometimes offers special deals for Canadians and Florida.

SeaWorld Orlando is another favourite for families in Florida. The park features dolphin and whale shows, opportunities to observe marine life and see a wide variety of species in the various areas of the park.  There are also rides for all ages.

Located between Orlando and Kissimmee, just 15-20 minutes from Walt Disney World, Gatorland is a theme park and wildlife preserve. The affordable park is great for families who will see thousands of alligators & crocodiles.

Orlando Balloon Rides is a leading balloon company in Central Florida and is the largest on the Eastern seaboard of the United States. A unique experience, balloon rides allow you to see Central Florida from a completely new perspective.

Located on the site of the former Cypress Gardens park in Winter Haven (east of Tampa and southwest of Orlando), Legoland is a fairly new addition to Florida’s attractions, opening in 2011.

Legoland preserved a lot of the Cypress Gardens botanical park, gave a Lego theme to the rides and water park and added a Legoland hotel. The park is ideal for kids aged 2-12.

Located in Central Florida near Ocala, Silver Springs State Park has been a natural landmark since the 1800s.

Incorporating one of the largest artesian springs in the world,  you can tour the spring in glass bottom boats to see the underwater life. Silver Springs State Park and the surrounding areas offer many interesting points of both cultural and historical significance.

Busch Gardens in Tampa has long been a popular West Coast attraction and is really the only theme park in the area. Visitors can go on safaris at this African Theme Park and see all kinds of exotic animals as they roam through natural environments. Of course, there are also rides and other amusements.

If you have budding teenage artists in the family, they will be fascinated to see the works of Salvador Dali at the Salvador Dali Museum in St. Petersburg.

The museum occupies a unique modern building with curved glass that wraps around the structure and houses pieces from different periods in Dali's career, showing his development as an artist.

His outrageous works will appeal to art lovers and non-art lovers alike.

The John and Mable Ringling Museum of Art is located in Sarasota. It was established in 1927 by the famous circus family, and its founders Mable and John Ringling. The museum is now governed by Florida State University.

Designated as the official state art museum for Florida, it houses twenty-one galleries of European paintings as well as Cypriot antiquities and Asian, American, and contemporary art.

Much has since been added, including the art galleries, a circus museum, and the Ringling mansion, which has been restored, along with the historic Asolo Theater.

Just south of Sarasota and east of Venice and Englewood Beach, you’ll find Myakka State Park, one of the oldest and largest state parks.

The Myakka River goes through a large protected area of wetlands, prairies, and forests. There’s a boardwalk over the Upper Myakka Lake, as well as a canopy walk.

Visitors can enjoy the river and lakes for boating, fishing, canoeing, and kayaking and there’s also a boat ramp. The park is great for hikers, who can explore the trails in the prairie landscapes. There are also air boat tours of the lake and a safari tram that takes you through the park as well.

One of the most popular attractions in Florida, The Kennedy Space Center and Cape Canaveral Air Station are located northwest of Orlando, near Cocoa Beach on Florida’s Atlantic Coast.

The massive complex can be toured by bus where you can explore the site of space shuttle launches and the exhibits at the Kennedy Space Center Visitor Complex. Allow plenty of time, there is lots to see and it is a good idea to book ahead.

Both experienced and young golfers will enjoy spending a few hours at the World Golf Hall of Fame & Museum in St. Augustine.

There’s tons of golf history here, where you’ll find historical and interactive exhibits that include artifacts, photos and video, as well as special exhibits that are added every year.

A round on the 18-hole, grass putting course is included with museum admission in addition to a shot on the Challenge Hole.

The Daytona International Speedway in Daytona Beach, Florida is home to the Daytona 500 NASCAR race, one of the most famous in the Cup series.

The race is held in February, and attracts its share of snowbird fans. You can also take a tour of the track at most times during the year.

Built in 1959, the racetrack was built to replace racing on the beach, where races had previously been held. Daytona Beach itself is also an attraction.

The Miami Seaquarium is located on Key Biscayne just south of Miami and offers an opportunity for families to observe marine life including manatees, sea turtles, sharks, many fish species, dolphins, seals, penguins and reptiles.

There are several animal “encounters” as well as shows and exhibits.

Located at the southern tip of Florida - south of Naples on the West coast and Miami on the East coast - the Everglades National Park is the largest subtropical wilderness in the U.S.

It is a 1.5 million-acre tract of marshy land and swamp and an important ecosystem that supports alligators, American crocodiles, Florida panthers, deer, manatees, turtles, and many tropical birds.

The park was created in 1947 in recognition of the Everglades’ importance to the balance of nature in South Florida.

The coral reefs and abundant marine life attract visitors who can explore the reefs by glass bottom boat tour, or by snorkeling or scuba diving. You can also go canoeing or kayaking and fishing is permitted in some areas.

The Visitor Center has a 30,000-gallon saltwater aquarium and a theater.

There are 7 reef islands that are part of Dry Tortugas National Park, which can only be reached by boat from Key West.

The park is home to Fort Jefferson, which was built by the US Government in the 1800s. Visitors can tour the fort and also go snorkeling in the pristine turquoise waters and protected coral reefs.