Top Destinations for Snowbirds Who Love the Arts 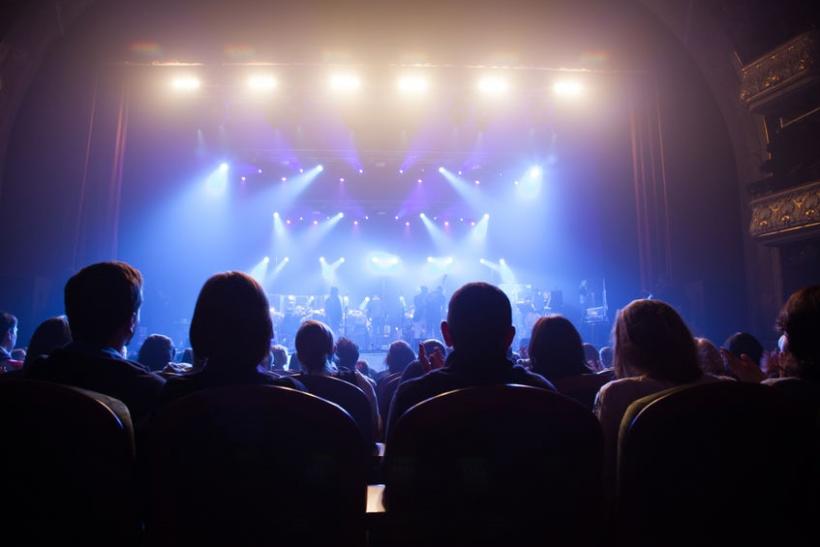 Being a snowbird means you’re likely away over the winter during what is often ballet, symphony and opera season at home, particularly if you live in or near a big city.

However, if you’re an arts lover, this doesn’t mean you have to miss out

There are several popular snowbird destinations both in the U.S. and beyond that have thriving arts communities and feature ballet, symphony and opera seasons of their own.

Here’s our list of some of the best places to spend your winter if you are a lover of the arts.

And while they may not be listed here, you’ll also find that many other destinations have performing arts centers featuring a selection of touring acts including classical music, dance, jazz, opera, concerts and Broadway shows.

If you spend your winter in the Coachella Valley and have an interest in the performing arts, you won’t be deprived.

The McCallum Theatre features 1,127-seats and is located on the campus of College of the Desert in Palm Desert, California. It is operated by an independent non-profit corporation, Friends of the Cultural Center, Inc. The McCallum has hosted many of the best artists in the world, including dance, classical soloists and symphony orchestras, as well as all the big names in rock and pop.

The Desert Symphony was founded in 1989 in Palm Desert, California to bring professional orchestral concerts to the Desert Cities. The orchestra offers chamber music, virtuoso soloists, principal players, and recording artists from the local area. Symphony musicians are chosen from Southern California’s major orchestras and the ensemble offers six seasonal pops concerts at the McCallum.

There’s also the Coachella Valley Symphony, which is comprised of local residents, guest musicians, snowbirds, and musicians from the surrounding Southern California area. The 50+ piece orchestra performs a variety of classical and popular music at the Palm Springs Annenberg Centre for the Performing Arts.

Phoenix Symphony Hall is a wonderful 2,312 seat performing arts venue in downtown Phoenix, Arizona.  It was built in 1972 and is part of the Phoenix Civic Plaza. The facility is equipped with elevators and offers wheelchair seating.

The Hall is home to People’s Pops Concert as well as the Phoenix Symphony, Arizona Opera and Ballet Arizona. It also features Broadway touring companies, a variety of dance productions and other popular entertainers.

The Phoenix Symphony is now a major symphony orchestra. Founded on humble beginnings in 1947, the orchestra began as a group of musicians performing a few concerts each year. Today, the orchestra has over 300,000 subscribers and performs 275 concerts in its annual season - from September to May - in downtown Phoenix as well as Scottsdale, Mesa, Prescott and other Arizona locations.

Arizona Opera was founded in 1971 as the Tucson Opera Company, but by 1976 the company expanded to both Tucson and Phoenix. Arizona Opera is now permanently headquartered in Phoenix.

Arizona Opera offers 5 productions each season, each with five performances in the fall at the Herberger Theater Center in Phoenix and The Temple of Music and Art in Tucson, with the spring series at the Phoenix Symphony Hall and the Tucson Convention Center.

The company performs regularly at Phoenix Symphony Hall and the Orpheum Theatre. Each season begins with free outdoor performances known as Ballet Under the Stars.

The Broward Center for the Performing Arts is a large multi-venue performing arts center and entertainment complex in Ft. Lauderdale, near the Arts and Science District and the Museum of Discovery and Science. The Center is an integral part of the Riverwalk Arts and Entertainment District.

The Broward Center is a cultural beacon in Broward County and is home to operas, ballets, concerts, plays and lectures in its four theatres.

The Arsht Center - located in Miami, Florida - is one of the largest performing arts centers in the U.S.  The Art Deco building was constructed in 1929 at the site of a former Sears store before the Art Deco hotels on Ocean Drive were built. It was added to the United States National Register of Historic Places in 1997. The department store space itself had been demolished but developers kept the tower and incorporated it into the new performing arts center.

The resident companies are the Florida Grand Opera, the Miami City Ballet, the New World Symphony and America's Orchestral Academy.

The Center also offers many free community-based performances and programs. These include the free Family Fest series and Free Gospel Sundays.

Miami City Ballet features an international ensemble of over 50 dancers. The company has a repertoire of 88 ballets and has over 75 performances each year. Miami City Ballet serves as the resident ballet company in theatres in Fort Lauderdale, Miami, and West Palm Beach. In addition, the company regularly tours both domestically and internationally.

Florida Grand Opera (FGO) is also based in Miami, Florida. It is the oldest performing arts organization in Florida and the seventh oldest opera company in the United States. FGO is the resident company at the Ziff Ballet Opera House, located in the Adriene Arsht Center, as well as the Miami-Dade County Auditorium in Miami.

Sarasota has many theatres, a concert hall, opera, ballet and a symphony orchestra.

As Florida Gulf Coast’s first and only professional ballet company - The Sarasota Ballet Company -presents seven productions. The Sarasota Cuban Ballet School is one of the few schools in the United States specializing in the Cuban training style, which is renowned for its athleticism, passion and grace. The school presents 5 amazing performances throughout the area.

Sarasota Opera performs at the downtown Sarasota Opera House and is in its 6th decade. The opera has many fans locally and performances are always packed.

For Snowbirds who are spending part of the winter on the south coast of Spain, Seville is nearby and offers some great performing arts venues.

The Theatre Lope de Vega was built in 1929 and was originally the auditorium of the pavilion of the city in the Ibero-American Exhibition. The Theatre offers all types of performing arts including theatre, dance, opera, jazz and flamenco. It also hosts national and international touring companies.

The resident orchestra is the Royal Seville Symphony Orchestra and the Choir of the Friends' Society of the Maestranza Theatre.

Seville is also home to many other venues where classical music is performed, including Teatro Central, the Real Alcazar Gardens and the Sala Joaquín Turina.

The Triana district in Seville is considered a birthplace of flamenco. Seville's Gypsy population, known as Flamencos, was instrumental in the development of the art form. There are more flamenco artists in Seville than anywhere else in Spain.

If you are spending time on the Lisbon Coast or even in the Algarve, a trip to Lisbon will provide some great exposure to classical music, opera and ballet.

Companhia Nacional de Bailado - the National Ballet Company of Portugal - was established in Lisbon in 1977. It is the only company in Portugal that has a dance season and a permanent group of artists who perform at the Teatro Camões, as well as touring around Portugal and abroad.

The Teatro Nacional de Sao Carlos was built in the 19th century as Lisbon’s only opera house and today attracts touring opera companies who perform both classical and contemporary works.

Puerto Vallarta and the Bay of Banderas region on Mexico’s Pacific Coast is a beacon for snowbirds and visitors in the winter. So it is not surprising that Puerto Vallarta has recently become a hub of performing arts options frequented by international and national touring performers at several venues including Teatro Vallarta, the Boutique Theatre and Performing Arts Center, the Palm.

The 960-seat Teatro Vallarta hosts dance, theatre and music lovers with a variety of performers from around Mexico and beyond. Teatro Vallarta has also added the Metropolitan Operas Live in HD broadcasts.

The Boutique Theatre and Performing Arts Center is managed by Canadians Karrie and Ken Sebryk, who have theatre production experience and attract community theatre performers.

The Orquesta Escuela de Puerto Vallarta is a youth orchestra that performs at its own small venue as well as giving larger concerts at Teatro Vallarta.

For lovers of Ballet Folkloric, there’s the 320-member Xiutla Folkloric Dance and Ballet Troupe which tours internationally and performs at Lazaro Cardenas Park in Puerto Vallarta every Friday from December to April and Sunday at the Los Arcos Amphitheater at the south end of the Malecon.

San Miguel de Allende is a favourite with many Canadian snowbirds who own winter homes there or come to visit for a month or two. While San Miguel does not have a symphony orchestra or a ballet company, the city has an active opera scene with a focus on young opera singers from around Mexico.

Opera San Miguel (OSM) is a not-for-profit organization that was founded by John Bills, a tenor who was with the New York Metropolitan Opera for 25+ years. John and his wife began wintering in San Miguel and recognized the high calibre of talent in Mexico – but these young singers had no exposure to the opera world outside Mexico. With Opera San Miguel, he has changed that in a very significant way.

During the winter months, there are 3 or 4 operas staged by OSM that are always sold out very quickly. Opera concerts take place in the traditional opera house of SMA – the Angela Peralta Theatre and the theatre of the Belles Arts.

The winter season culminates with a one-week teaching program and a concert on Saturday night in which the students compete for cash scholarships, auditions and opportunities in Canada, the U.S and Europe.

In 2018 The NY Met Auditions decided to take a look at the talent in Mexico and chose San Miguel over other centers and held their first-ever auditions there. Five singers were chosen to go to the next round in New Orleans and one became a student in the Met’s young singers program in NYC.

In the winter months, Pro Musica also offers a series of chamber music concerts, again a not-for-profit. These are held in the only Protestant church in town, which has excellent acoustics.